My friend texted me the other day: What’s your argument if someone says Jesus is just a crazy person? I would respond in the following way.

What evidence is there to support that Jesus’ supposed insanity? The Gospels certainly do not portray him as such. They narrate the events of a man who taught with authority, performed miracles, and was crucified. His clever and thoughtful interactions with the Jewish leaders demonstrate control of his faculties.

Perhaps the objector has in mind people with mental disorders who suffer from intense delusions. They think they are God, for example, or that they are destined to become the Messiah in 20. Or that surgeons inserted a third robotic arm in their abdomen at a young age. Psychiatrists and psychologists surely know such cases of grandiose delusion. The objector thinks Jesus could have been one such person.

I would reiterate that we need to hear some evidence for this possibility. Why think Jesus was like that? The evidence we have shows him in control, debating, teaching, and refuting the Pharisees. Crowds followed him to hear His teaching and see His miracles. If were merely a deluded maniac, His followers would have caught on to this. Yet, the Jewish leaders accuse Him of blasphemy, not insanity.

Of course, the objector might reject all of that evidence and state that the Gospels are mythical, fictional embellishments. The real Jesus, he insists, may have just been a crazy person. At this point, one could argue for the historical reliability of the Gospels, but I suggest another path.

The “Jesus was just a crazy person” hypothesis fails if one can make a good case for the Resurrection. Here’s why. Jesus came on the scene with unquestionable authority, claiming to be the Son of God in a unique way, and promising to usher in the Kingdom of God. By rising from the dead, he vindicated these extraordinary claims.

So, can we make a strong case that Jesus rose from the dead? Yes. The case unfolds as follows:

(1) Even if the Gospels are not treated as reliable historical accounts, there are several important facts from the first century agreed upon by a great majority of scholars. These scholars include unbelievers, agnostics, and also believers.

(2) Historians use several criteria to decide what happened in the past. They use these criteria to analyze competing hypotheses.

(3) When we analyze competing hypotheses that explain the minimal facts of the first century, agreed upon by scholars, we arrive at the conclusion that God raised Jesus from the dead. All other hypotheses suffer from glaring deficiencies. One can therefore rationally believe in Jesus’ resurrection and acknowledge that this vindicates His divine claims.

That’s just a quick overview. For a great example of the strong case, watch this lecture by Dr. William Lane Craig. Also, grab his very affordable eBook Did Jesus Rise from the Dead?

A common move in classical apologetics refers to the martyrdom of the Apostles as evidence of the sincerity of their claims. After all, why would anyone consent to be crucified, burned alive, beheaded, tortured, and the like if one merely were following a made-up story he didn’t believe? Now that is crazy.

However, two contemporary popular responses come to mind. In response to that, skeptics might tell you:

People die for a lie all of the time. Think about the Muslims who flew planes into buildings!

But you can swiftly note the difference. Those flying planes into buildings did not do so for what they knew was a lie. The 9/11 hijackers thought they were right in their actions (or at least that’s the most plausible interpretation). On the other hand, the Apostles, if they made up the whole story, would have known they were dying for a lie, and knowingly dying for a lie strains credulity.

Most people spending time in apologetics know all of these replies. But, there are two replies that have gained more popularity in our time.

(1) The martyrdoms of the Apostles are largely mythical. There is no good evidence that they occurred.

(2) The Mormon religion or Islam provides an example of how a religion can rise up from a lie. At least, the Christian affirms the falsehood of major tenets of those religions. This undercuts the use of the origins of Christianity as evidence of its truth.

One could offer some direct counterpoints to these claims, but that’s not what I suggest. Rather, I would point out to the critic that neither of those objections eliminates the evidence for the Resurrection as the best explanation of the first-century facts. At this point, I recommend watching Craig’s presentation again to see how that is so. While skeptics may come up with hypotheses to explain a particular datum or two, their hypotheses do not best explain all of the relevant facts. Only the Resurrection can do that.

For a great, affordable eBook making this case for the Resurrection see this one. If you’re intrigued by the objection (1) above and want to defend the historicity of the martyrdoms of the Apostles, there is not a ton out there right now. I will write on the subject in the future. The best work is Sean McDowell’s book but it’s very expensive [1].

[1] This is an extremely important footnote. I just listened to Sean McDowell on a podcast discussing the updated version of a classic Christian apologetics book called: Evidence Demands a Verdict. The updated version of the book from 2017 contains an entire chapter explaining the evidence for the martyrdoms of the Apostles. I don’t yet own this book, but I hope to buy it soon, check it out on Amazon. The table of contents looks awesome.

Have doubts? questions? You’re not alone

The Berea-Portal team are advertising a book launch in November 2013 when Living on the Edge by Jonathan Burke is due to be released. Part of their blurb runs as follows:

“Today Christians in the Western world are typically living in a post-Christian society. Christian beliefs are met with scepticism, and people see little reason to believe. Christians are confronted with daily challenges to their faith, and often struggle to understand the relevance of Christianity to modern life.” ﻿﻿

More details of the book can be seen in this PDF file click here.

It contains the lines:

* Big Bang ‘pointed very strongly to the concept of creation’

But of course the Berea team rejected the literal account of creation years ago; so they could not care less what the Bible account says.

What can I say about this book?

Firstly: it should not be necessary for anyone to write such a book if the Bible had been written correctly in the first place. It’s basically a “clean up the Bible mess” book which is the reason why the Berea-Portal team exist. They call it “apologetics” but I see it as mopping the floor. Their mission in life and their need to produce this book is yet another reason for believers to realise that the Bible can’t explain or defend itself. That’s because the book is not inspired by God; it is the work of human forgers pretending to write God’s holy book.

Secondly: as the book seems to be a rehash of old material from the Berea-Portal forum, I don’t see why anyone should be asked to pay for it. The modern way to get your message across is to do it as we do: online, free of charge and open to immediate comments by anyone who wishes to disagree or ask questions.

So I’ll make this offer to them:

Publish your book online on THIS website so that you can reach the largest possible audience of Christadelphians who are doubting their faith. That will give you a chance to encourage them round to your way of thinking. We will upload your book unedited, no matter how much we disagree with it and allow unmoderated discussion in our comments after each chapter. The Berea-Portal team are welcome to join that discussion and defend their work.

If the Berea-Portal team don’t agree to my offer (and of course they won’t) we will spend several months on this website exposing all of the errors in the book and allowing discussion anyway. Therefore their attempt to stop people deconverting will have the opposite effect and promote deconversion amongst our readers – who are the wavering Christadelphian readers that they need to reach.

Except their will be a difference. If the Berea-Portal team are unwilling to discuss and debate their book on this Unbelievers website; our wavering Christadelphian readers who are already thinking of deconverting, will draw their own conclusions.

And for the Berea-Portal team, that won’t be good.

And now for some music. Living on the Edge performed by Arrowsmith, to celebrate the new Berea-Portal book that is going to send our page views up to 30,000 per month and help to deconvert even more Christadelphians. 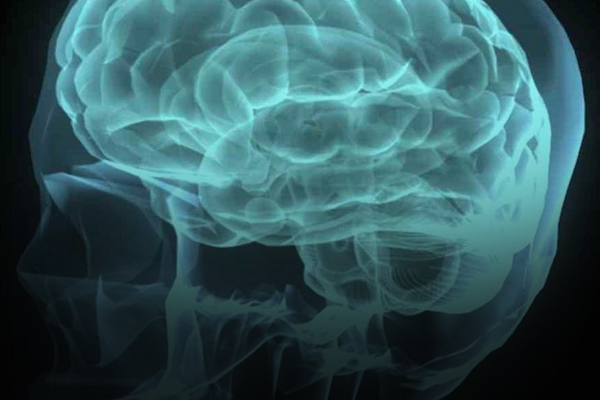 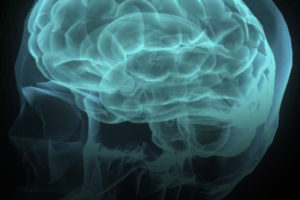 In our Rapid Response series, we tackle common concerns about (and objections to) the Christian worldview by providing short, conversational responses. These posts are designed to model what our answers might look like in a one-on-one setting, while talking to a friend or family member. Imagine if someone made the following claim: “I hear Christians say that God is the best explanation for our experience of consciousness, but I know there are many atheist scientists who disagree. You don’t need god to explain ‘minds’.” How would you respond to such a statement? Here is a conversational example of how I recently replied:

“Here’s the problem: every one of us experiences consciousness. We usually associate that with our mental processing in our brain. But if atheism is true, we’re living in a material universe, which means we’re living in a physical universe consisting of nothing more than space, time, and matter, governed by the laws of physics and chemistry. Can such a material, physical universe produce non-material consciousness?

It certainly can produce a material, physical brain, but is the brain the same as the conscious mind?

I think there are many reasons to think this is not the case, that our minds are not identical to our brain, and there are several ways of demonstrating that. Brains can be weighed and measured, your thoughts cannot, for example.

Many materialistic, naturalistic philosophers call this the “problem of mind” because they recognize the “problem”. It’s hard to explain how a mind could exist if what we really have is nothing more than a material brain.

But there’s a more reasonable explanation. If we can’t get immaterial, nonphysical consciousness from inside this material “room” we call the universe, is it possible – even reasonable – that there might be an explanation outside space, time and matter? What if there is a non-material Mind outside the “room” of the physical universe that has created us in its image?

A cause such as this might explain why we are also conscious creatures, but it would require us to look beyond the material universe for an explanation. That’s why I do think the best explanation for consciousness is a conscious Creator, beyond space time and matter.”

This brief answer was modified from my interview with Bobby Conway. To learn more and watch many other short answers to difficult questions, please visit the One-Minute Apologist website.

For more information about the scientific and philosophical evidence pointing to a Divine Creator, please read God’s Crime Scene: A Cold-Case Detective Examines the Evidence for a Divinely Created Universe. This book employs a simple crime scene strategy to investigate eight pieces of evidence in the universe to determine the most reasonable explanation. The book is accompanied by an eight-session God’s Crime Scene DVD Set (and Participant’s Guide) to help individuals or small groups examine the evidence and make the case.